High school principal Craig Petersen used to give "the speech" to his incoming grade 11 students each year. "You’ve made the decision to come back to school," he would tell them. "You didn't have to, but you did. So we’re treating you as young adults and independent learners from now on."


That group of 15 to 16-year-olds was generally receptive to the message: motivated, academically-inclined and aspiring towards a university education. The teenagers who weren't interested had dropped off the class roll over the summer, usually in search of employment or training opportunities outside the classroom. 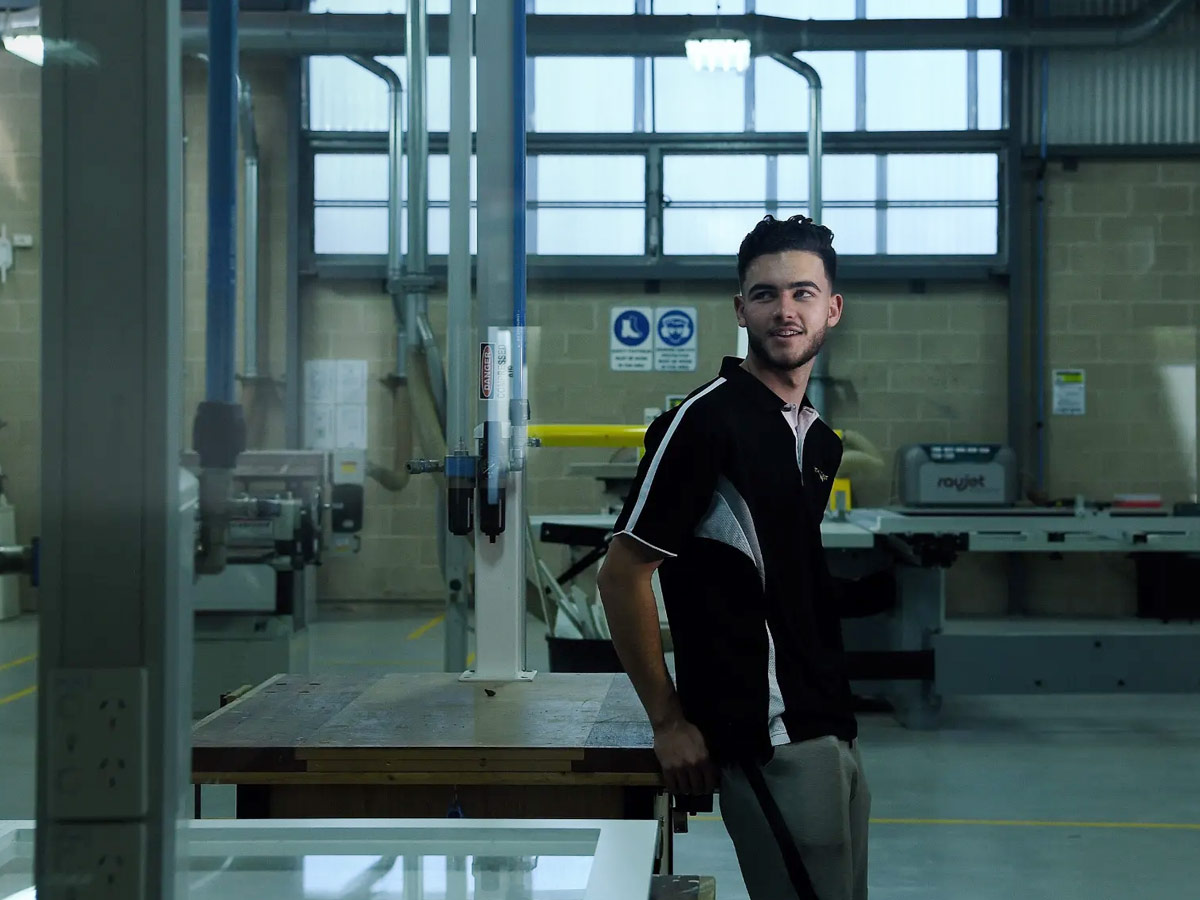 
But that hasn't been the case for 10 years. "Not every student has chosen to come back to school in year 11. We’ve made them," says Petersen, now president of the NSW Secondary Principals' Council.

The NSW government's decision to raise the school-leaving age from 15 to 17 ushered in an era of universal senior school participation in 2010. Few oppose the principle: with greater educational attainment generally comes better life opportunities.

But that decision also transformed the state's schools. Some students sit in classrooms they don't want to be in, and with that comes low attendance and behavioural challenges. Teachers have needed to find new ways to engage them, as their own workloads grow. The senior curriculum was reshaped to teach vocational skills, which has cost time and money that not all schools have. 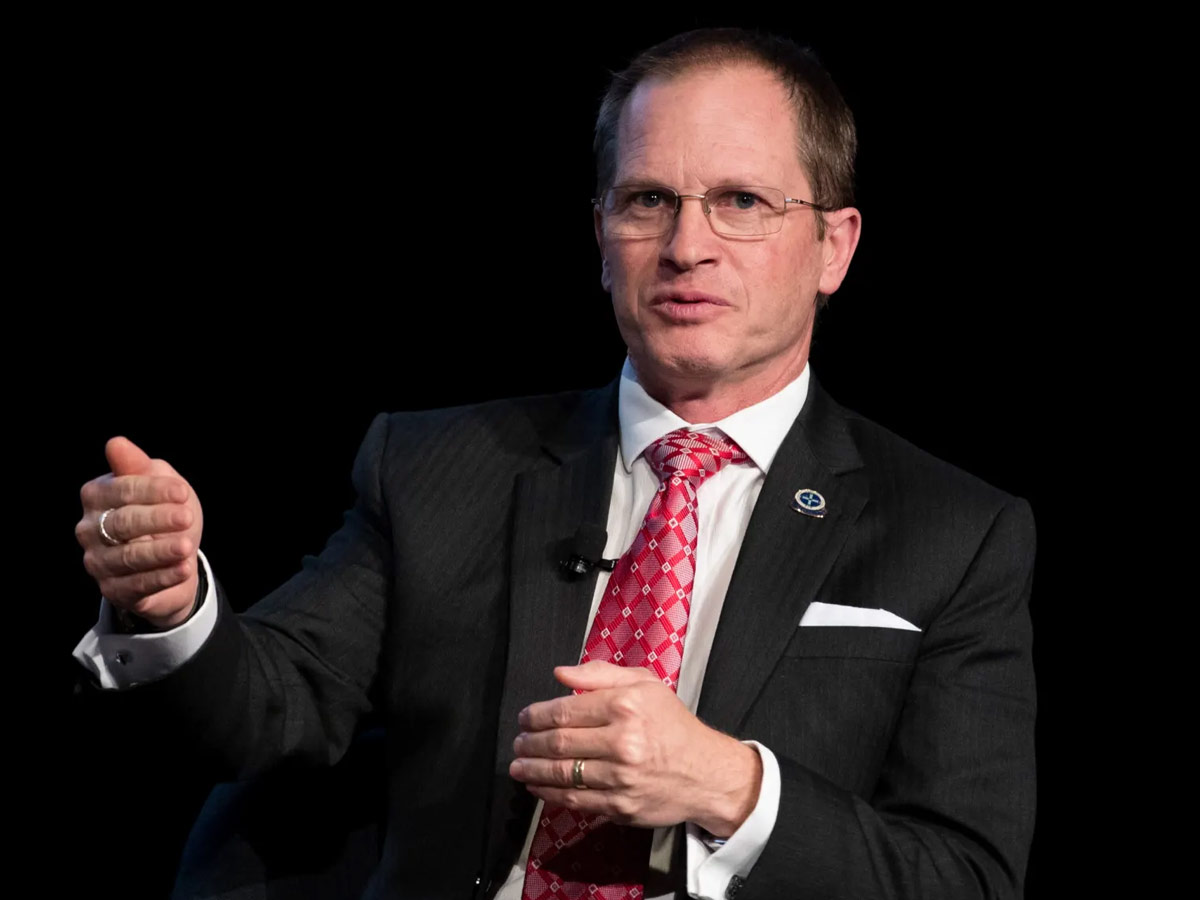 
"I think the concept was good," Petersen says. "But what we experienced in reality was a disconnect between the intent of the policy and implementation. Schools weren’t given additional resources to cater for this new cohort of student. It was entirely up to the school what they did."

Then-education minister Verity Firth raised the age without much controversy. NSW had lagged the rest of Australia, and most of the western world, in letting kids leave as early as 15. The policy had not changed since 1943, and was more suited to the era of a strong manufacturing industry than the aftermath of a global recession. The school certificate was abolished too, widely seen as a disincentive to further education.

"The argument wasn’t a difficult one, considering that at the time [our leaving age was] so low compared to other jurisdictions. We also had the lowest school retention rate," Firth says.

When a 2008 COAG meeting placed the issue on the state's agenda, about 68 per cent of NSW students were finishing year 12, compared to a national average of 71 per cent. Amid rising youth unemployment in 2009, the government aimed for 90 per cent year 12 completion by 2015. But many affluent schools were already attaining 90 per cent retention rates. Those most swept up in the change were government schools, particularly in areas of low socio-economic advantage where 30 to 40 per cent of students tended to leave early.

Within a year, NSW's retention rate rose to about 73 per cent and has stayed around that mark in the decade since. "I would absolutely do the same again," Firth says. "Where I always think we need to do better – how do you support those students in learning who aren’t as engaged in the traditional curriculum? That is still a pertinent question."

*The full-time apparent retention rate (ARR) measures the proportion of a cohort of full-time students that moves from one grade to the next, based on an expected rate of progression of one grade per year. It does not track individual students through their final years of secondary schooling.
Full-time apparent retention rate in NSW government schools by level of schooling and gender (2001-2019), Centre for Education Statistics and Evaluation

A union-led inquiry into teacher conditions, held this month by the NSW Teachers' Federation, heard the raised school-leaving age has been one of the most profound factors in increasing teacher workloads over the decade. "Our systems were actually built to allow for about 30 per cent of kids to get to the end of year 12, not 100 per cent," former chair of the NSW Education Standards Authority, Tom Alegounarias, said in his evidence.

Principal of Fairvale High School, Kathleen Seto, says the impact was felt most by schools from lower-socioeconomic bands, like hers. They had low resources but faced high costs in setting up alternative structures and non-academic subjects for students forced to stay. Principals reported ramifications such as behavioural issues, non-attendance and disengagement. She says low-socioeconomic status (SES) schools were "condemned to innovate".

The biggest system-wide change the policy spurred was a reshaping of the NSW curriculum. Teaching academic English to students who weren't interested in university was no longer an option. Vocational (VET) offerings were turbocharged, and a suite of non-academic courses introduced: English studies, Maths in Practice, Science for Life.

But the VET curriculum required investments - from industrial kitchens to partnerships with local businesses - which were made at the discretion of local schools. The roll-out has received mixed reviews.

Seto says her school was supported by new funding arrangements, such as the low-SES National Partnership and needs-based funding that later came with the Gonksi reforms. Former union president Denis Fitzgerald, however, told the inquiry that the education department did not support schools in "any meaningful ways". A 2012 auditor-general's report acknowledged that while options were created, there was great variation in schools' ability to deliver them.

Petersen says curriculum delivery became much more complex. "That created a bit of tension for teachers. The whole training and maintenance requirements our VET teachers had to keep up to date with [is] a significant increase in workload. They don’t get a decrease in their teaching allocation to do that."

It also raised expectations of what teachers would deliver. Alegounarias points out that teaching qualifications were designed for a world where few students remained until the end of schooling. "Literacy or numeracy stuff didn’t have to hit the mark with 100 per cent of [students], because they were going to go anyway," he says. "Teacher training was about that world, and it hasn’t changed much."

But now all students are expected to reasonably succeed. "You have to engage kids; you’re not relying on your disciplinary authority to keep them in the classroom... That teacher education capacity isn’t there," he says.

Catering to disengaged students was the main concern for teachers when the policy was first floated, and they had some difficulty adjusting. Reluctant learners can be disruptive, distract other students, and require more disciplinary attention. "Students who weren’t highly motivated to be in school were in the same classes as students who were highly motivated," Petersen says. "In some cases there was certainly a challenge in keeping those students engaged, and managing their behaviour so they weren't distributing other students." 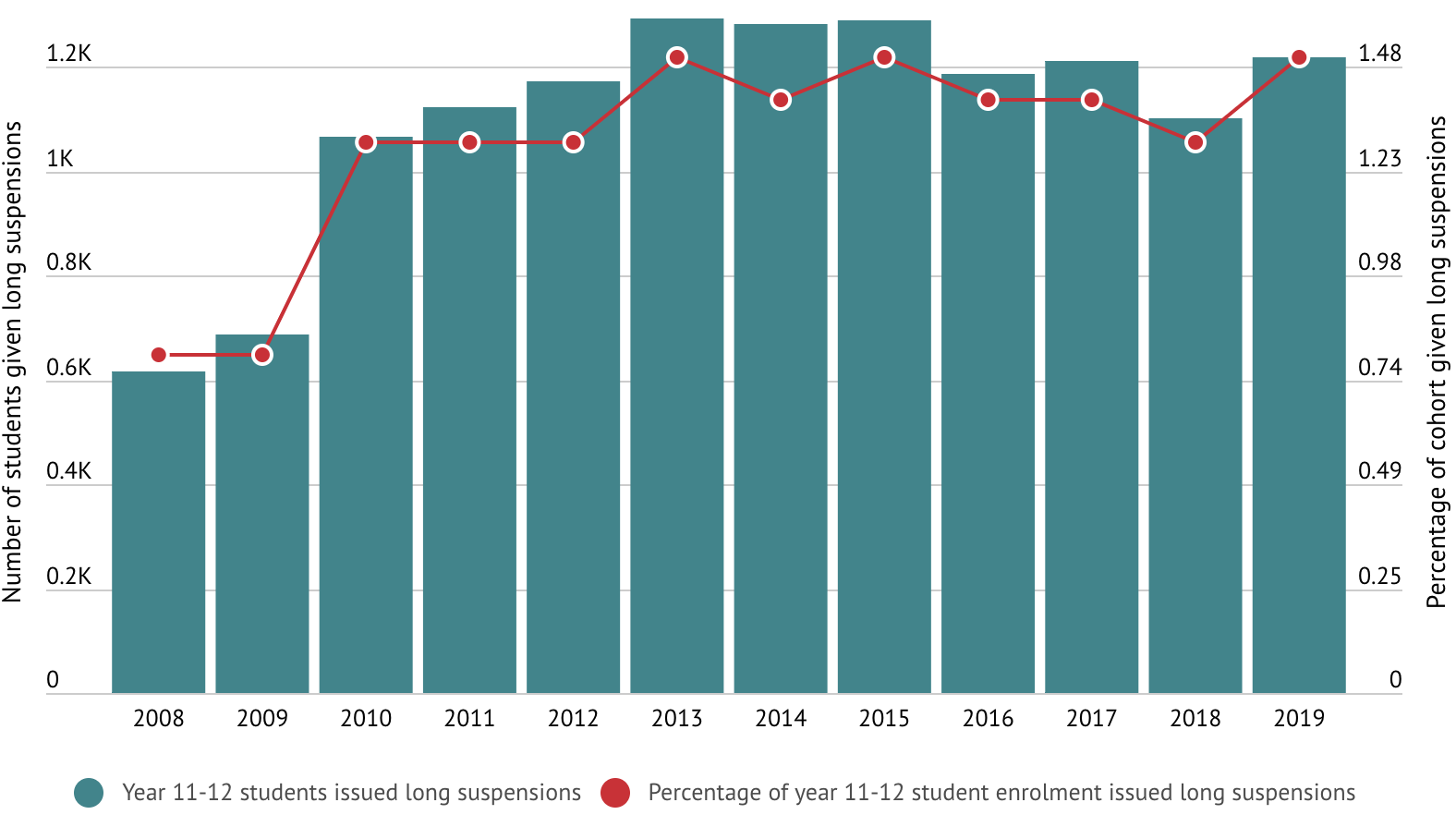 That issue hasn't been made easier by the passage of time. "It’s fairly consistently been there," he says. In 2010 there was an instant uptick in year 11 and 12 students receiving suspensions of between four and 20 days. Before that, between 600 and 700 senior students received long suspensions each year, less than 1 per cent of the cohort. These days it hovers around 1200, or 1.5 per cent of senior students.

Schools have also observed record-low attendance rates. Senior attendance dropped by 0.7 per cent in 2011, and has not recovered to pre-2010 levels in the decade since. The department attributes this to the raised leaving age, and notes that some year 10, 11 and 12 students forced to stay on would have low attendance.

It has created new issues for schools following up truancy. "There is no additional resource to chase up those students who don’t return at the beginning of year 11," Petersen says. "We don’t have the mechanisms or the people to knock on doors and contact families to get you to school. And the more school you miss, the harder it is to catch up and be motivated." 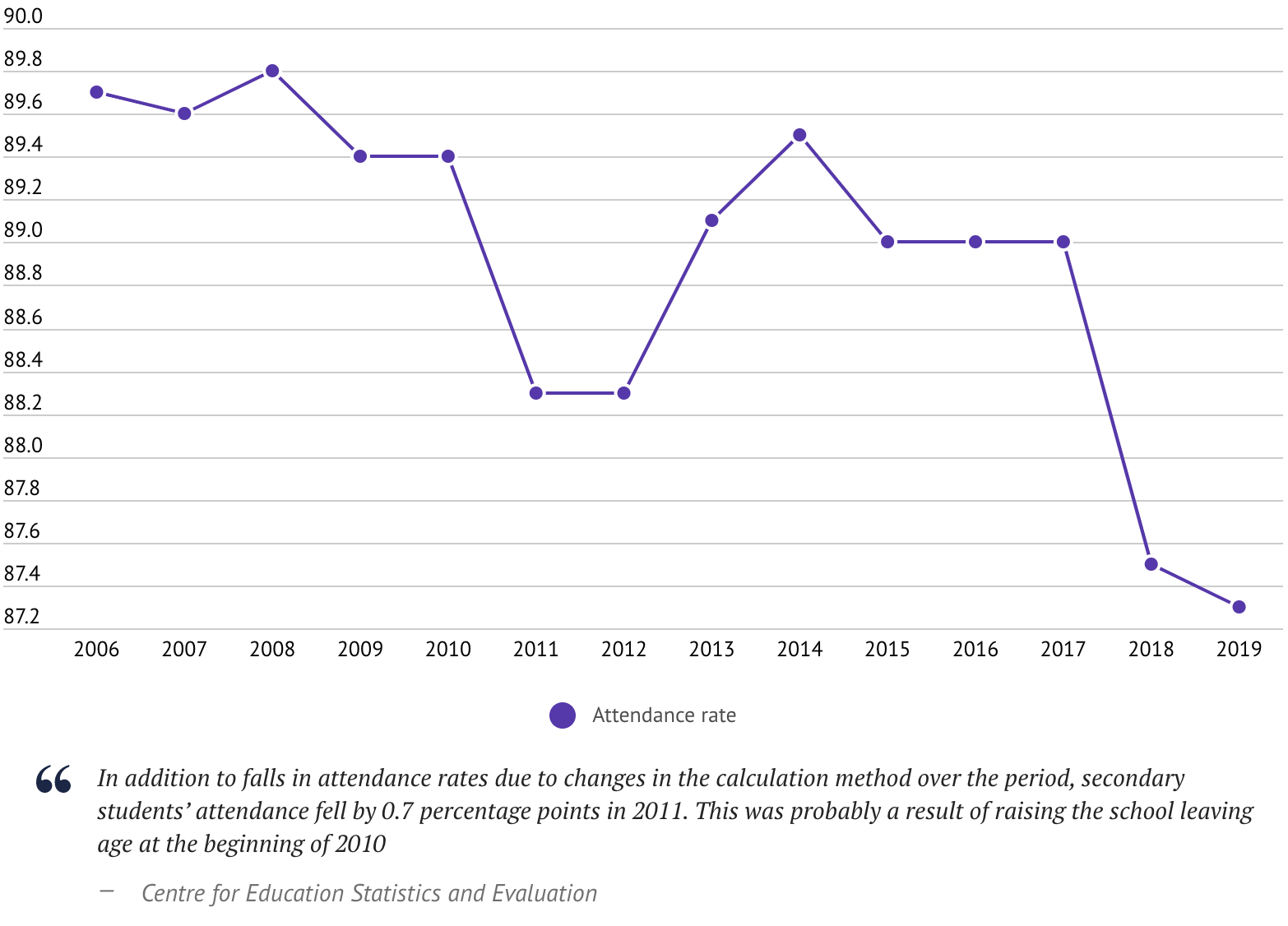 *For the first time in 2018, NSW included partial absences and accounted for student mobility in the attendance rate calculations.
Student attendance rate by education level (2006-2019), Centre for Education Statistics and Evaluation

But it has also led those schools to innovate. Some have moved to four-day timetables, so students can attend TAFE courses on the fifth day. Period lengths tend to be longer, to accommodate the greater expectation of teachers to cater to a broad cohort of students.

Acting executive of the Catholic Education Diocese of Parramatta, Christine Howe, regards the change as a "really great thing". "However it is really important that learning is relevant to their lives. Unfortunately, too often it’s not," she says. The Parramatta diocese started offering more vocational and creative arts courses in its schools when the policy changed, and has since built trade training centres specifically for years 10 to 12.

"The curriculum has emerged over time to be quite different to [what it was] 10 years ago. It was very important for us to recognise the cost of doing nothing, or more of the same, would have been huge," Howe says.

The CathWest Innovation College, which opened this year, offers work placements as well as an on-site cafe, hair salon and daycare centre for students to practice their skills. Hours are flexible, uniform is not required, and students receive formal one-on-one mentoring. "That’s the advantage of being within the school while commencing other training experiences," Howe says. "It starts to give them credentials that will help future employment, and they leave school with a level of confidence in that area of interest." 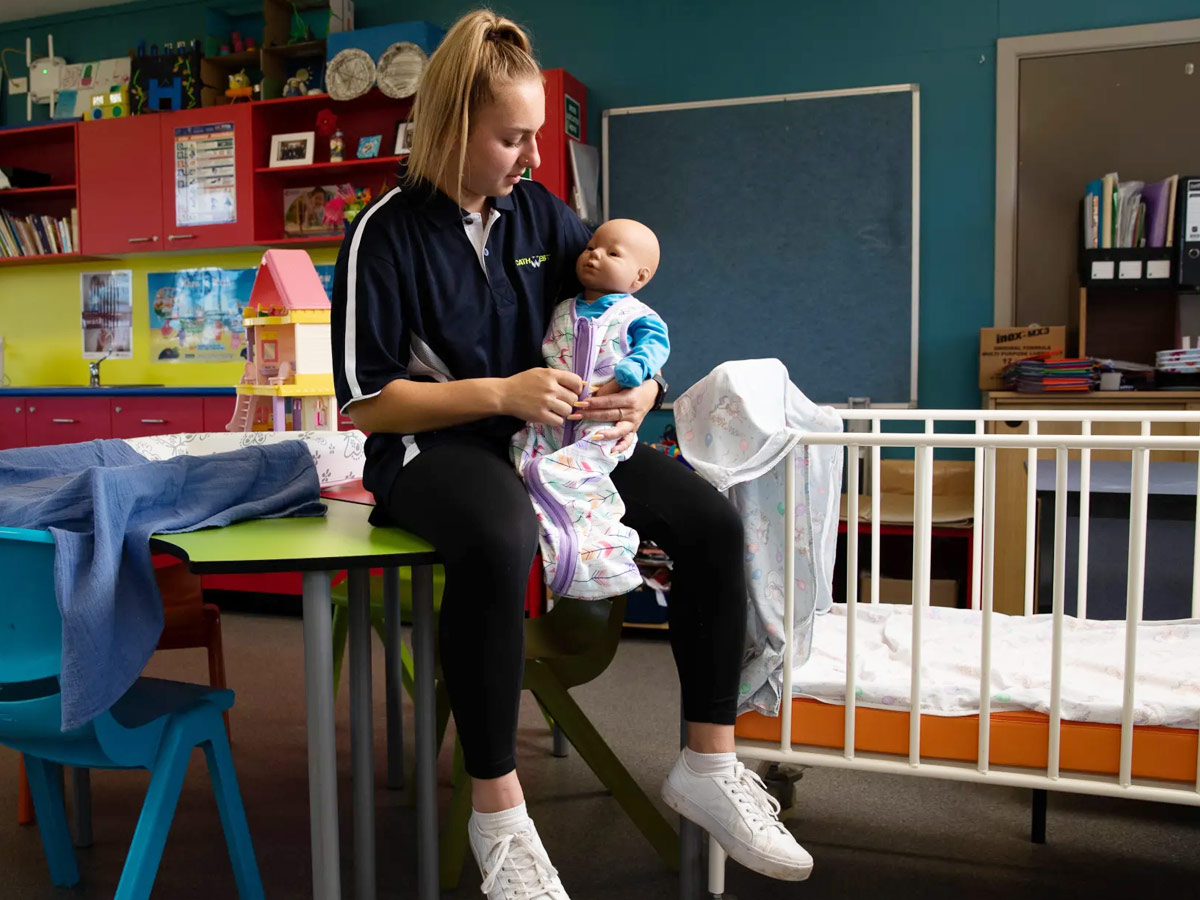 Jessica Libreri is studying to be a childcare worker at CathWest Innovation college. CREDIT: JANIE BARRETT


Some still leave at 17. "But they’re leaving with a career ahead of them and I think that’s an amazingly positive outcome for them," Howe says.

Seto also stresses the message, that "not all early leaving is bad". "Moving [into] a job, apprenticeship or traineeship can be a positive outcome for the student, their family and the school," she says. But she has nonetheless observed staying at school become the norm over the decade.

Increasing her school's retention rate required a dedicated strategy: Fairvale introduced tailored student intervention programs; a transition adviser; and extra support in the form of student mentoring and counselling. Where 40 students left at the end of year 10 before 2009, now only a handful depart early each year.

"Students have discussed the value of staying on and completing their HSC credential. For a large number of students at Fairvale High, they are the first member of their family to realise the dream of attaining the HSC credential and thereafter a university place," Seto says.

She believes this points to the policy's effectiveness. "The students have benefited in improved education attainment and the ability to have choices when they leave school. Students are completing their schooling and achieving qualifications that their parents or carers were unable to access."

Petersen agrees there are "lots of positives". "I think there is an increased understanding of the importance of education generally speaking," he says. "Many students have gone on who would have otherwise left at the end of year 10, and life opportunities opened up."

But he still sees 15-year-olds, who would have once hung on until the school certificate, lose sight of the end when confronted with two more years. "Some young adults are much better in different settings," he says. "If the end point becomes keeping kids at school to meet that [retention] target, it misses the point of why kids are educated."