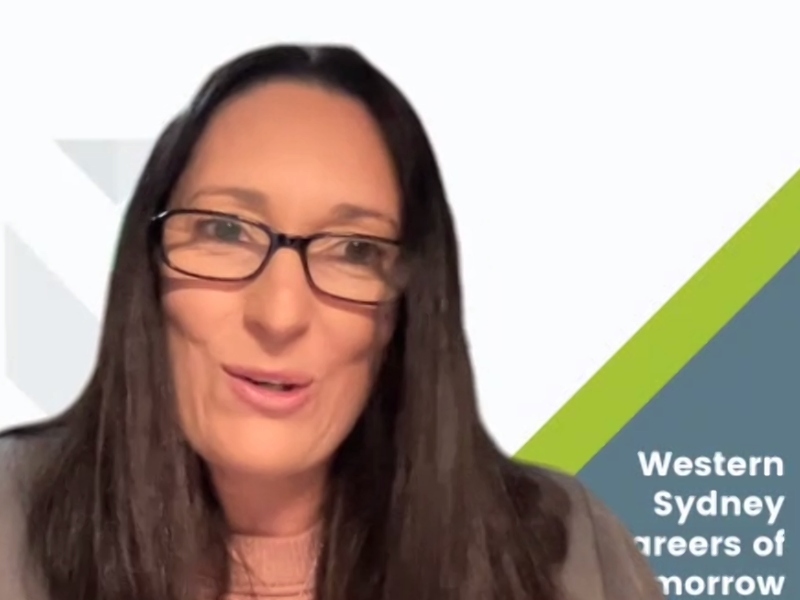 For National Skills Week this year, CathWest Innovation College partnered with the NSW Department of Education to present the Western Sydney Careers of Tomorrow Forum on 25 August, 2021!

This special 45 minute livestreamed webinar spoke to industry experts about emerging employment trends post COVID-19 and how young people can become prepared for the careers of tomorrow! 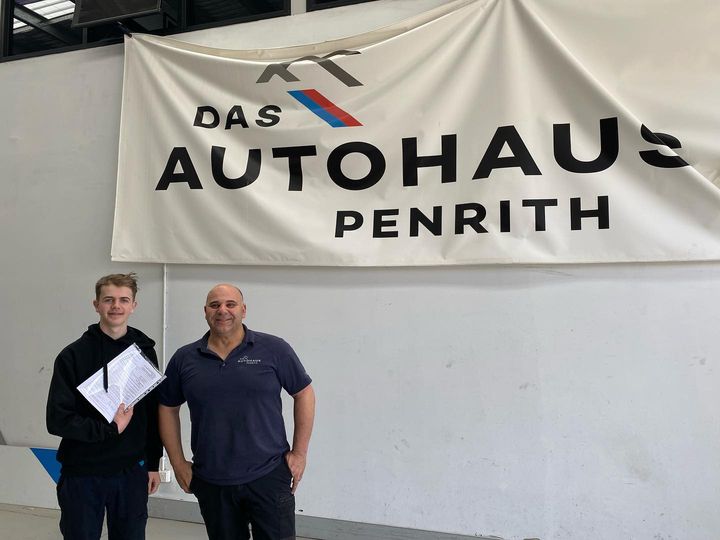 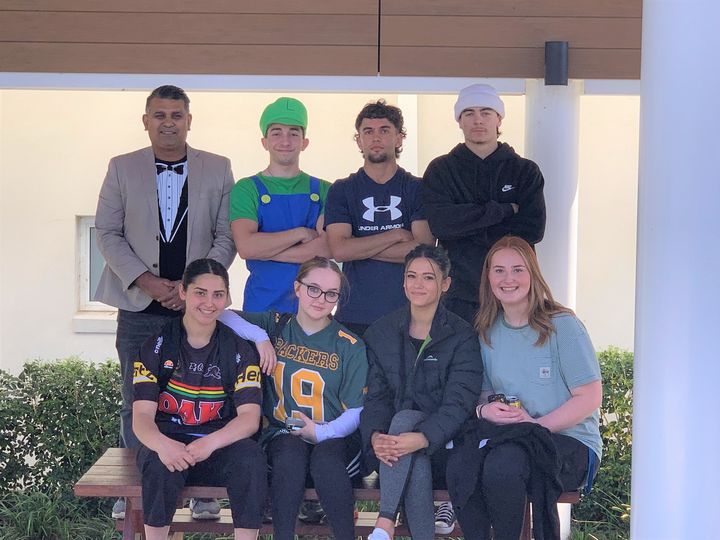 BITTERSWEET AND VERY PROUD OF OUR YEAR 12 STUDENTS as they celebrate their last day today. This week was full of celebration from both Campuses. 🥲 Year 12s its been a memorable journey and we wish you all the very best! We hope that you take your experiences and knowledge that you gained at CathWest to an amazing and bright future. ☺️ 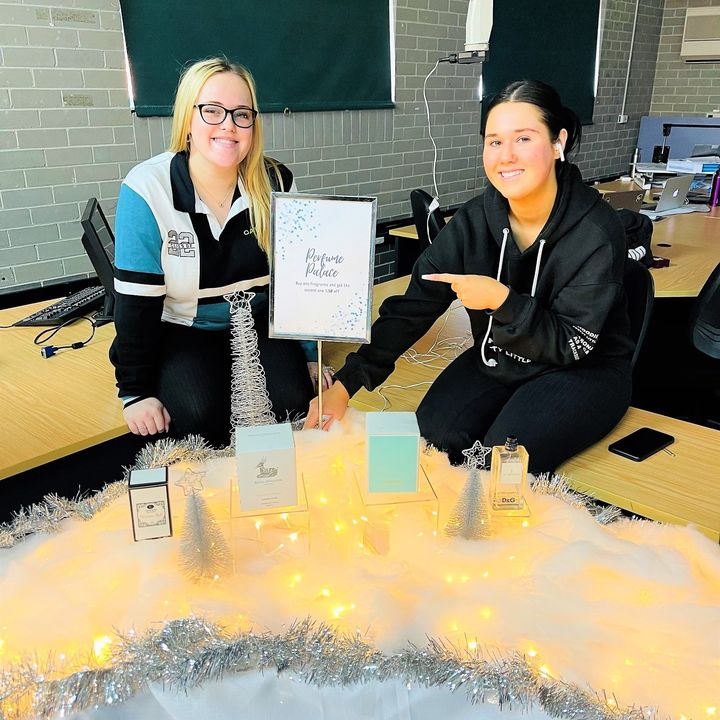 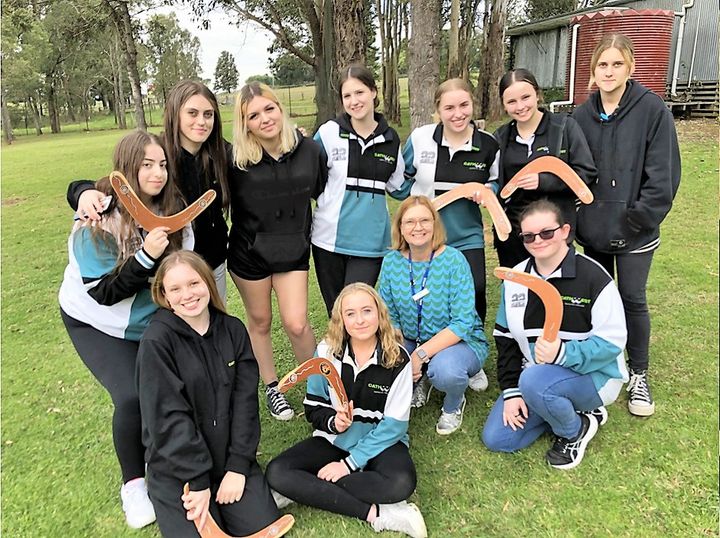 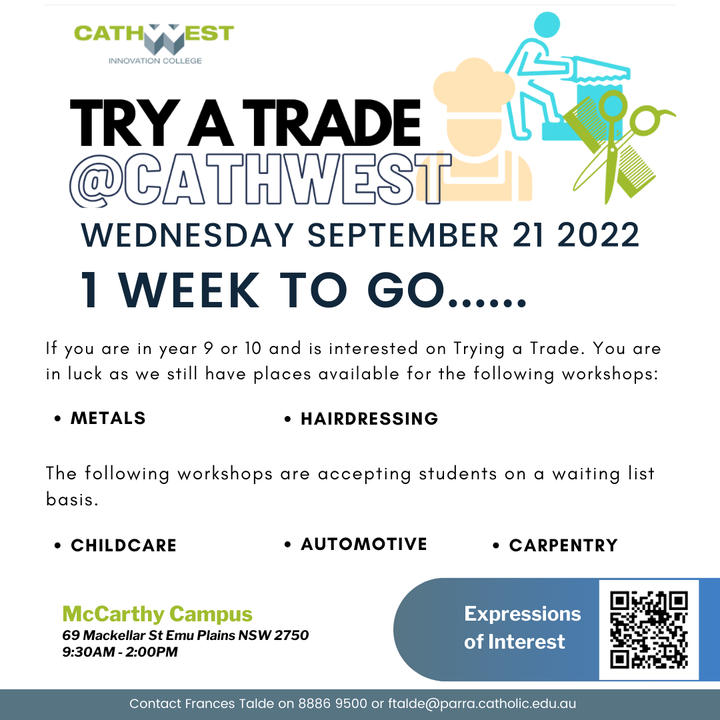 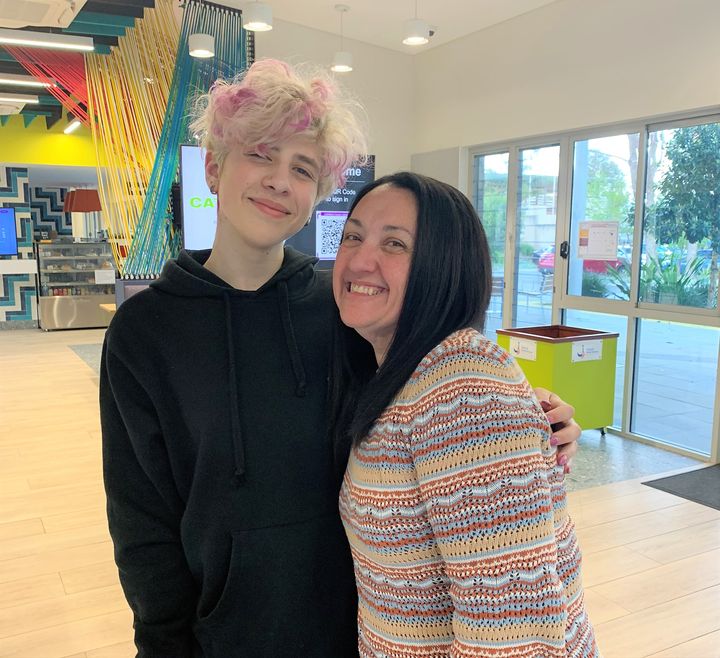 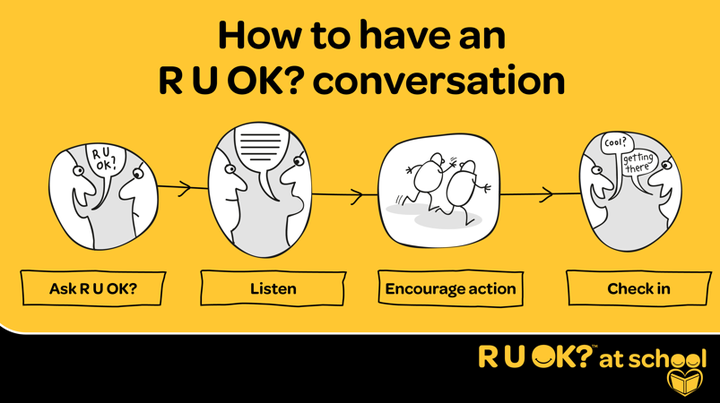 Last week our Staff and Students celebrated R U Ok? day! They explored how to start a conversation through art work and some wore yellow for the day. 👍 Thank you all for participating. 🤩😄 #CathWest #ruok2022 #schooldonedifferently #itsokaytoaskRUOK 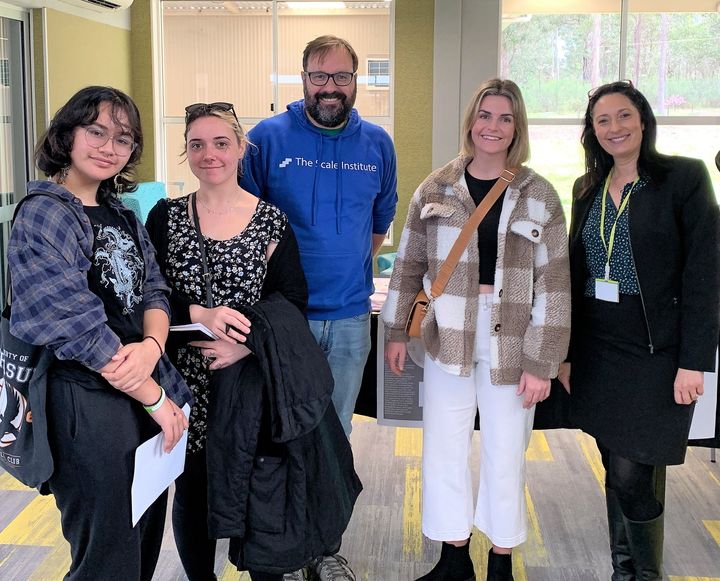 Last week our Year 10 Design students from CathWest Innovation College showcased their work as young entrepreneurs. These students have participated in a program through Future Anything that enables them to solve a problem in society by ideating a solution through a product or service. This entrepreneurial program developed our students capability skills in communication, project management, critical thinking, creativity and innovation and adaptive mindset. Our young entrepreneurs pitched to our shark tank team and CathWest parents. 🦈🦈🦈 The shark tank team were as follows: Stephen Rutter: Founder of The Scale Insitute Katelin Vincent: Founder of YouGoGirlfriend Headspace Reps from Mount Druitt We would like to thank our courageous students on their commitment with this program and delivery of their pitches. YOU ARE ALL INSPIRATIONAL! Well done! 🤩 #Schooldonedifferently #CathWest #Entrepreneurship 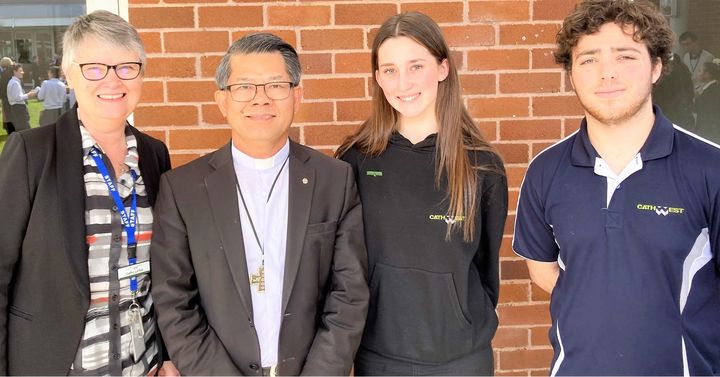 This week CathWest was represented at the Diocese Education Mass and Mission Partners Expo by Year 11 student leaders Sophie Galambos and Joshua Burrows. It was also a good opportunity to meet Bishop Vincent Long, who reminded us of the important role Catholic education has in serving others and caring for our common home. 😃 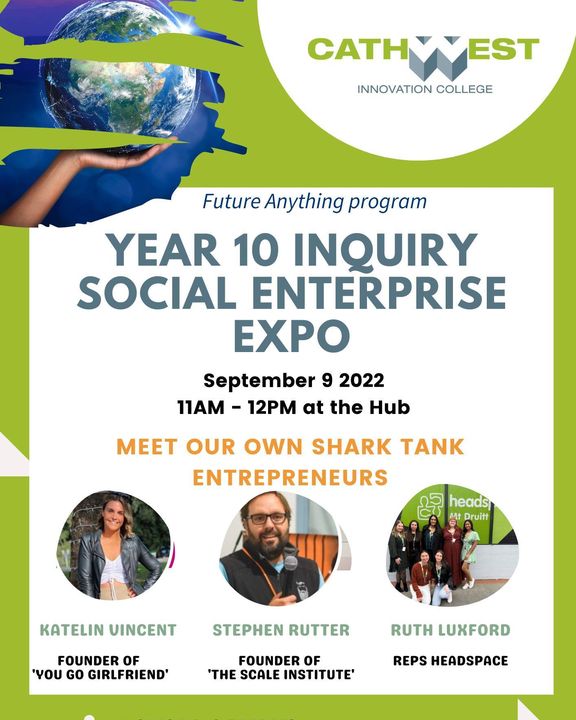 Tomorrow at our Loyola Campus. Our Year 10 Inquiry Pathway students will hold a Social Enterprise Expo. At this event we will have our own SHARK TEAM 🦈that will provide feedback to our Entrepreneurs. Well done Year 10s! 🤩 #schooldonedifferently #CathWest 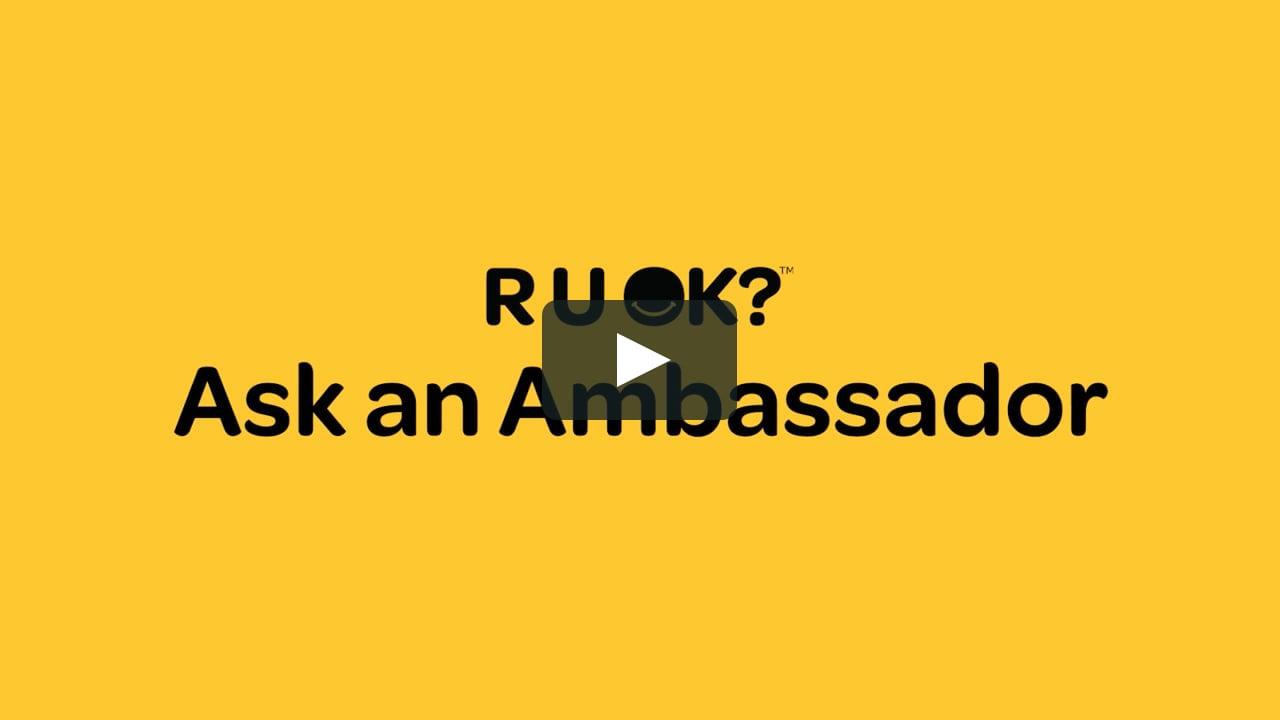 Today is R U OK Day! A CONVERSATION CAN CHANGE A LIFE Inspire and empower everyone to meaningfully connect with the people around them and start a conversation with those in their world who may be struggling with life. You don't need to be an expert to reach out - just a good friend and a great listener. Use these four steps and have a conversation that could change a life: 1) Ask R U OK? 2) Listen 3) Encourage action 4) Check in https://vimeo.com/742551291 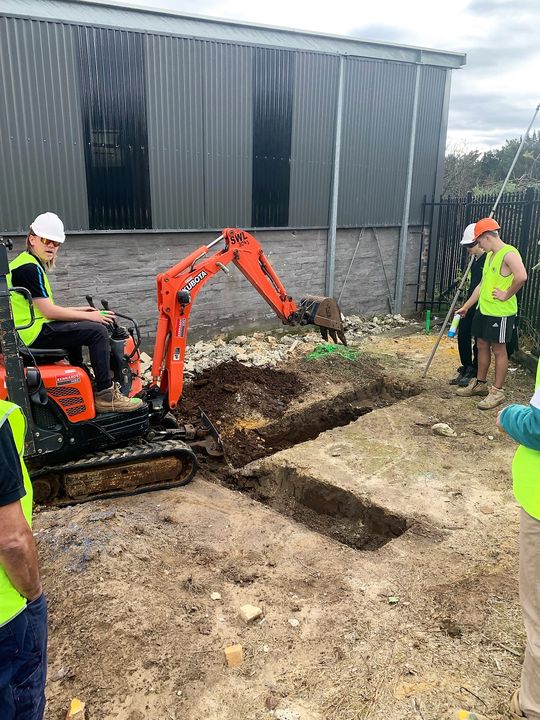 Year 12 Carpentry are putting their knowledge into practice by creating the foundations for a driveway. They have dug the hole, created the trench mech and placed them ready for the concrete slab to be poured! 🔨⛏ Great job!🤩 #buildingfoundations #CathWest #schooldonedifferent 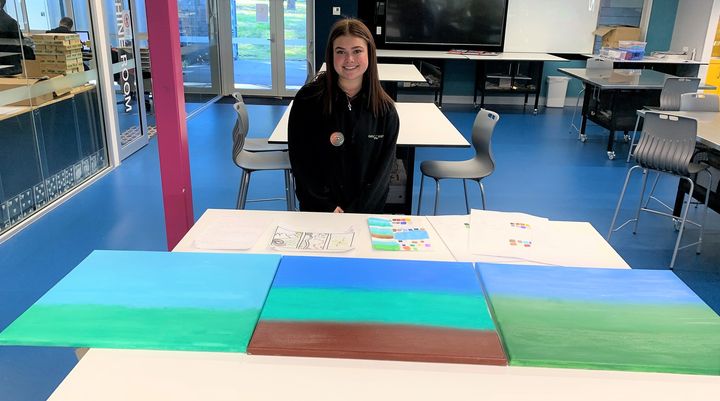 We would like to congratulate Jumikah Donovan and team for creating a Totem that represents CathWest. This totem will be featured in the Catholic Schools NSW Aboriginal and Torres Strait Islander State Education Conference 2022 at Fairmont Blue Mountains from 11th to 13th October. 🤩 "This totem project represents Cathwest's connection to indigenous culture. On the left side is McCarthy campus, with the blue mountains and their resident red belly black snake. The middle is the Nepean river between the campuses, and the snakes meeting with Loyola campuses resident kangaroos. On the right we have a meeting space or a yarning circle, representing us as one big community. Followed by the rainbow lorikeet prints on the top, which are found at both campuses". Great job Jumikah and team! 😄 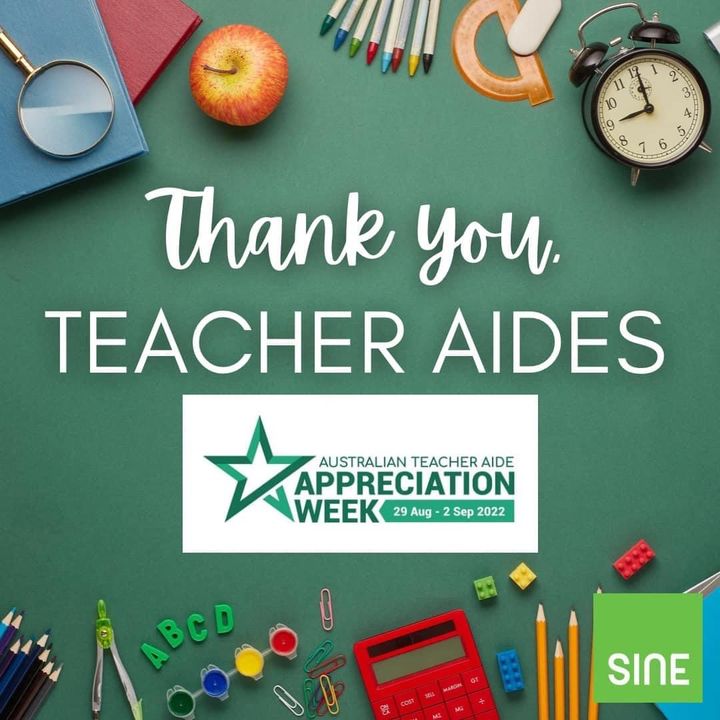 Last week was a very important week as it was Teacher's Aide appreciation week! Thank you to all the Teacher's Aide that have assisted our teachers and students through their educational journey! We couldn't have done it without you! 😄 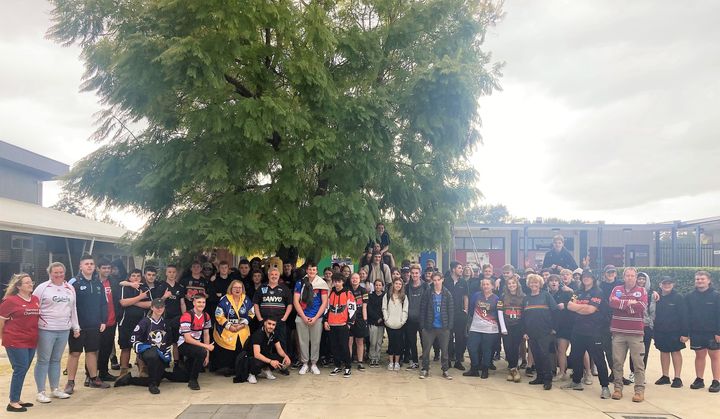 JERSEY DAY! 🏀⚽️🏈🏑🏏 Last Friday our staff and students had an amazing day as they promoted awareness for organ donation and raised some funding for the Jesuit Social Services! ❤️ Great work everyone! 🤩